I CAN Children Releases first Video 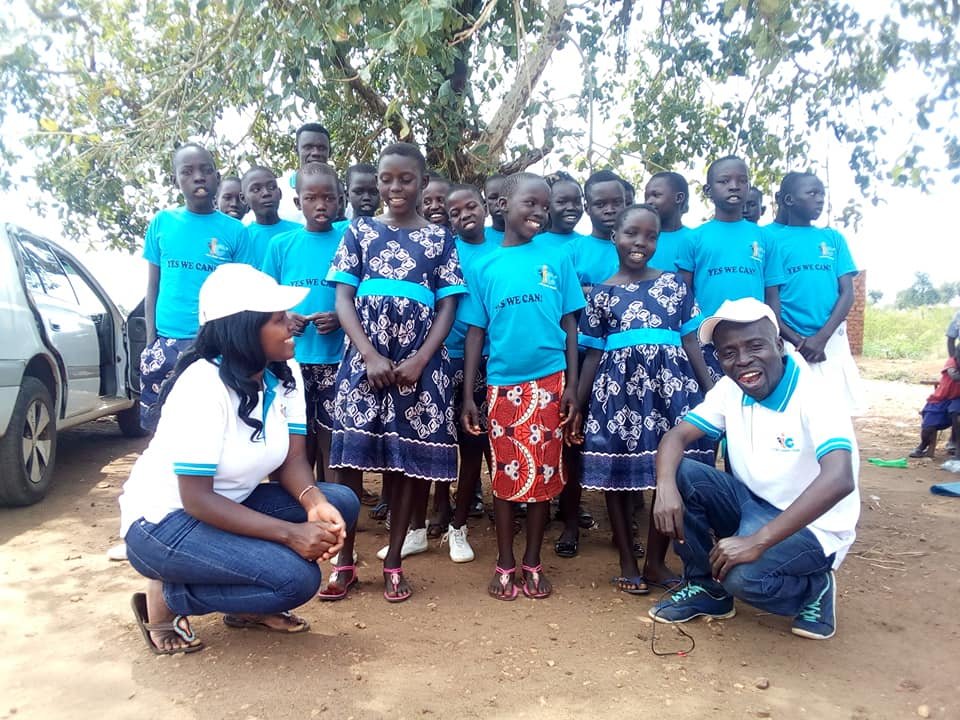 I CAN South Sudan releases video for their Song Gisa. ‘our grandparents, parents and we were all born in war” reads the lyrics. These children are tired of war because their life cycle and story has been war and hence as the new generation, they don’t want their children to inherit same trend of life. They all stand to call on peace, unity and freedom.

South Sudanese have undergone series of wars since 1964 with the start of Anyanya war to 1972, The war between SPLM with Khartoum that led to independence of South Sudan in 201. Only two years after independence, South Sudanese were taken back to same suffering they had undergone for years in the year 2013. A peace deal signed in 2015 didn’t last long and another war started again in 2016.

All these trends of wars have resulted in big destruction of the country and lives, destruction of infrastructures, wildlife reserves, exploitation of resources, human suffering and total backwards.

Parents have had no savings for their children, generations have gone on to inherit poverty and war. Hope of economic stability and development of human is a long way to go. While children in other parts of world are rich at younger age and becoming entrepreneurs of big business, South Sudan Children are struggling to afford school fees or take care of younger siblings left behind by their parents after their death at battle fields

Though it is underreported in the global press, South Sudan is the focus of the world’s fastest-growing refugee crisis.  Since 2013, over 2 million people have left the country to escape fierce fighting (UNHCR).

Amongst these refugees are over 10,500 children, many of whom have travelled with strangers or relatives who are not their parents.  Thousands of these children are now living in the BidiBidi and Imvepi refugee settlements in northern Uganda.  While some have been placed into foster care, and others have been reunited with family, many remain unaccompanied and vulnerable minors. Traumatized by war, plight, and the loss of family, and without a strong support network, these children need help and support.  Their plight has worsened recently with the reduction of food in the refugee camps following the failure of a Refugee Summit to generate more aid.  This leaves many of these children vulnerable to crime and exploitation.

I CAN is a Community-Based Organisation (CBO) that aims to engage unaccompanied refugee children in social and musical activities. The aim is three-fold: to give them meaning, purpose and hope in their lives, to develop their skills and talents for the future, and to provide them with a voice to express their trauma and their desire for peace.

Peace is signed and we all pray that it holds so that these children can go back home but having lost their families, they will still have long way to settle and start new life in their own country.

The project that started in May 2018 with a good will support from Misereor Germany has been welcomed by the refugee Community at Bidibidi Zone one and the community are proud of the children. I CAN South Sudan have developed to become members of Children’s Music Network (CMN) in USA and have attracted lots of social media followings so far. The children Music has reached radios in South Sudan, in Juba, Wau, Torit, Yambio, Rumbek, Malakal, Nuba Mountain, Yei, Tambura and many more other states. “Keep up the good work and keep going we love you” a resident told I CAN Children as they were walking around to shoot their first video. I CAN South Sudan first recorded an album for the unaccompanied refugee children in September 2018 and immediately released the first album. The Video which was shot in Bidibidi Refugee Camp Zone one from 13th to 14th December is officially released in January 2019.

This first Video release is to send message to the world about the children situation so as to get attention to their situation and talent. It will give an attention to the work initiated by refugees themselves to help their young ones and hence knock doors for more support towards these children as support given by Misereor was only budgeted for 6 months which ends this December

Gisa
REFUGEE WOMEN LEADERS HAIL OPM, UNHCR FOR ENHANCING THEIR GOVERNANCE CAPACITY
YES WE CAN by I CAN Children ft JM Kennedy
Refugee Led Organizations' Call for Response on Covid-19 in Uganda
Comments